To remove excess fat and skin on the arms 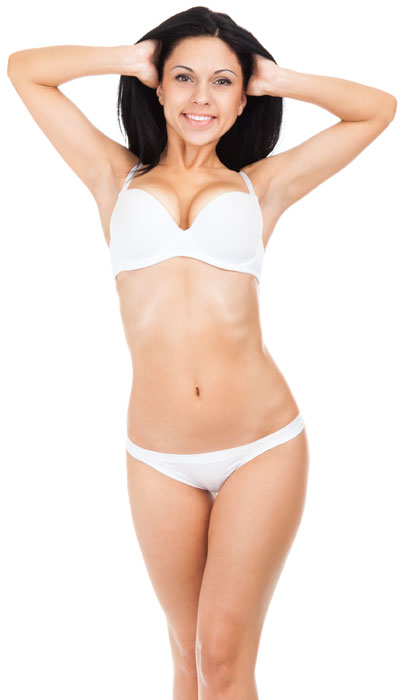 Brachioplasty is a procedure to remove all hanging skin and fat on the inside of the arms. This procedure is usually performed on people who have lost weight, whether following treatment for obesity or simply due to the passage of time.

It leaves a scar that is practically invisible.

We use a special technique in which we combine liposuction, skin removal and the preservation of the lymphatic vessels, reducing complications to a minimum.

In cases when there is no great sagging skin or when sagging skin is confined limited to the upper third of the arm, we use a technique that results in much shorter scars called mini brachioplasty.With this procedure, a single invisible incision is made in the area of the armpit and a liposuction is performed on the upper part of the arm, lifting and tightening the skin and, as a result, avoiding scarring on the inside of the arm.

It is the most advanced and minimally invasive technique for remodeling the arms in their entire contour. The greatest advantage of this technique is that it leaves no scars, and totally retracts the skin of the arm.

In cases where there is a slight dropping this technique is the most effective because it removes the fat and retracts the skin at the same time without leaving scars.

In the most extensive cases at the Instituto Perez de la Romana we associate this technique with arm lifting to achieve greater result.

With this procedure, we remove all hanging arm skin and excess fat, resulting in firmer and more slender arms.

After the procedure, the patient should remain at the clinic for 24 hours and wear a compression band on the arms for one week. The post-operative period is not annoying, and the patient can resume their normal routine within a week.

At what age can I have this procedure?

Usually, from the age of 18. However, it is always more frequent among patients who have suffered from obesity or lost weight. In these cases, it will be performed when the patient has lost all the weight and depending on their psychological condition.

Is a general anesthetic necessary for this type of procedure?

No. Normally, this procedure is performed with local anesthetic and sedation.

Should the patient remain at the clinic after the procedure?

No. This procedure is performed as an outpatient procedure and after a few hours, the patient can go home.

When will I be able to return to work?

It depends on the type of work of the patient: if they do not have to move arms much they can resume their normal routine after a week. However, if they do a lot with their arms they should rest for two weeks.

Are the scars very visible?

Of course, there are scars because skin has to be removed but the incisions are made on the inside of the arm, where they are practically invisible. Once the incisions have cured, it is recommended to use the silicone plasters  and horsewhip, as well as to avoid exposure to the sun, in order to enhance and conceal the aspect of the scars.

Will I be able to go to the beach?

Yes, but you will have to protect the scars and prevent them from direct exposure to the sun for the first six months after the procedure.