This new term means the combination of lipofiling and Face lift. In the Institute Perez de la Romana it is one of the most used techniques for facial rejuvenation.

Traditionally and currently for face rejuvenation it is applied lifting of flabby tissues which have sagged with ages. This treatment is called Facelift and it is performed by invisible incisions inside and behind the ears to take off the skin and allow the raising of face and neck muscles to correct all areas that have sagged in the middle third of the face and neck, getting very good results. 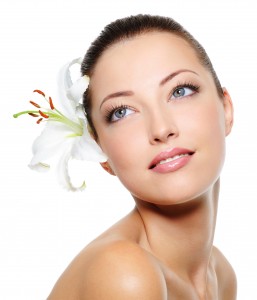 Recent research studies have disclosed that all people, as they grow older, have reduction of fat density in the face, especially in the middle third, at the cheekbones and lip area. Thus it has become compulsory in modern face rejuvenation techniques to infiltrate fat from the same person, taken from areas where it is in excess supply, usually from abdomen and hips and then the fat is injected into the middle third of the face, cheeks, periorbital region, around the eyes, in the temples, in the areas around the mouth and in jaw line to give a greater appearance of freshness and rejuvenation to the face.

Other researches of the past ten years shows that in people’s fat there are plenty of stem cells that are responsible for the regeneration of multiple tissues of the human body, that’s why the cells have been used for the face. As a result, we receive improved skin texture and more rejuvenated appearance of the faces. This technique is called lipofiling.
The term “Lipo Lifting” combines these two techniques. First step- is liposuction of areas of excess fat, then when fat is prepared, by syringe of 1mm we inject purified water in areas of the face which will be filled later. After face infiltration, we finally can lift tissues which have sagged. Usually, it is jaw and neck areas.

In the Institute Perez de la Romana this technique is performed under general anesthesia and usually lasts about three hours. We make liposuction first and then – total rejuvenation of the face by lipofiling and Lifting.

This technique is much more complete than any other today and it is very prestigious in the world of plastic surgeons.

The patient stays only one day in clinic, recovery period is one week.